Asian Society of Conservation Medicine (ASCM) held its 12th Conference 2019 in the city of Phnom Penh Cambodia on 26-27 October 2019. ASCM is an affiliation member of FAVA and FAVA always involved in most ASCM seminar and workshop. The conference was preceded by the One Health Educational workshop on October 25th at the Royal Agriculture University (RUA) Cambodia with the audience were students and members of the Faculty of Veterinary Medicine. The speakers and topic in this worksop were 1) Role of FAVA on One Health Activities in Asia – Dr. Bambang Pontjo Priosoeryanto, FAVA Secretary General, 2) Wildlife Biology and Medicine for One Health – Dr. Toshio Tsubota, Laboratory of Wildlife Biology and Medicine, Graduate School of Veterinary Medicine, Hokkaido University, 3) Introduction to Zoo Medicine Dr. Paolo Martelli – Ocean Park Hong Kong, 4) One Health Concept and Wildlife Disease Surveillance – Dr. Pam Whiteley, Wildlife Disease Association, and Wildlife Health Australia) and 5) General Pathology – Dr. James K. Chambers, Graduate School of Agricultural and Life Sciences, the University of Tokyo.

As a federation of Asian veterinary association, FAVA with its member association in every member countries takes the responsibility to bring awareness of its importance issue of One Health to the community to make a better life by harmonization between human-animal-environment bond. The ASCM One Health Educational Workshop is held with support from FAVA since 2014. FAVA was supported this educational workshop by giving a lecture and also donated 500 US$ for this activity. Dr. Bambang Pontjo Priosoeryanto, the FAVA Secretary General was gave a lecture on the general information about FAVA with special topic on the FAVA activities on One Health in Asia. The audience was very impressed and enthusiastic with this workshop. FAVA will keep involved and active participated in the promotion, education, collaboration with other parties on One Health issue in every possibility ways as a real contribution of our veterinary profession. 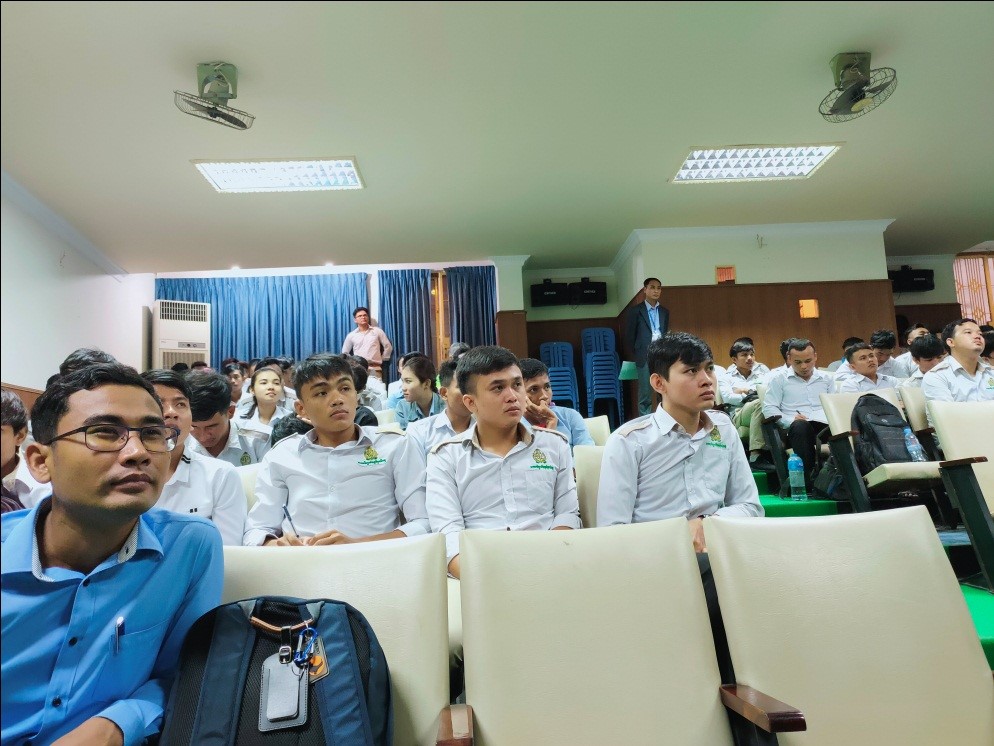 Audience of the Educational One Health Workshop student of Faculty of Veterinary Medicine RUA, Cambodia 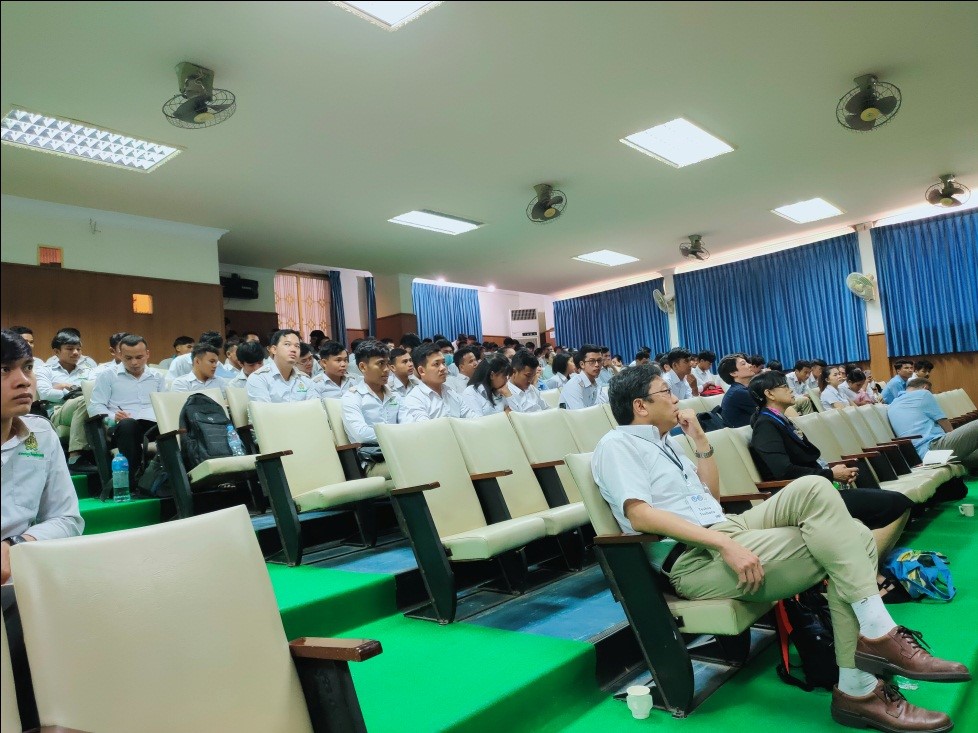 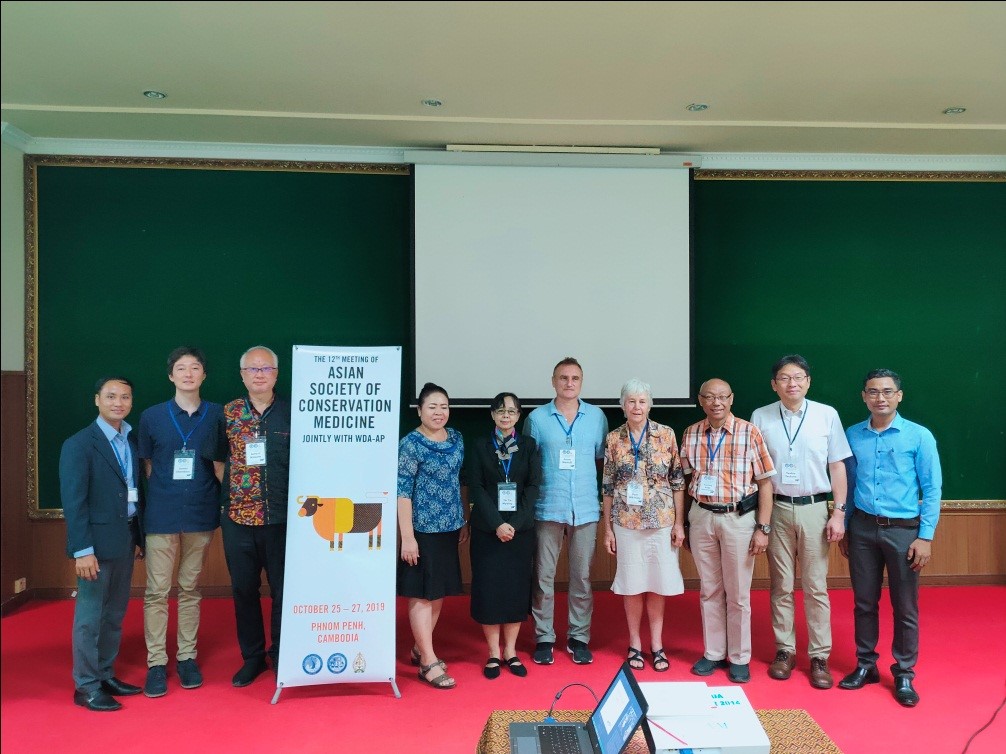 Speakers and organizers at the workshop with the Dean of Fac. of Vet. Medicine RUA and President of ASCM 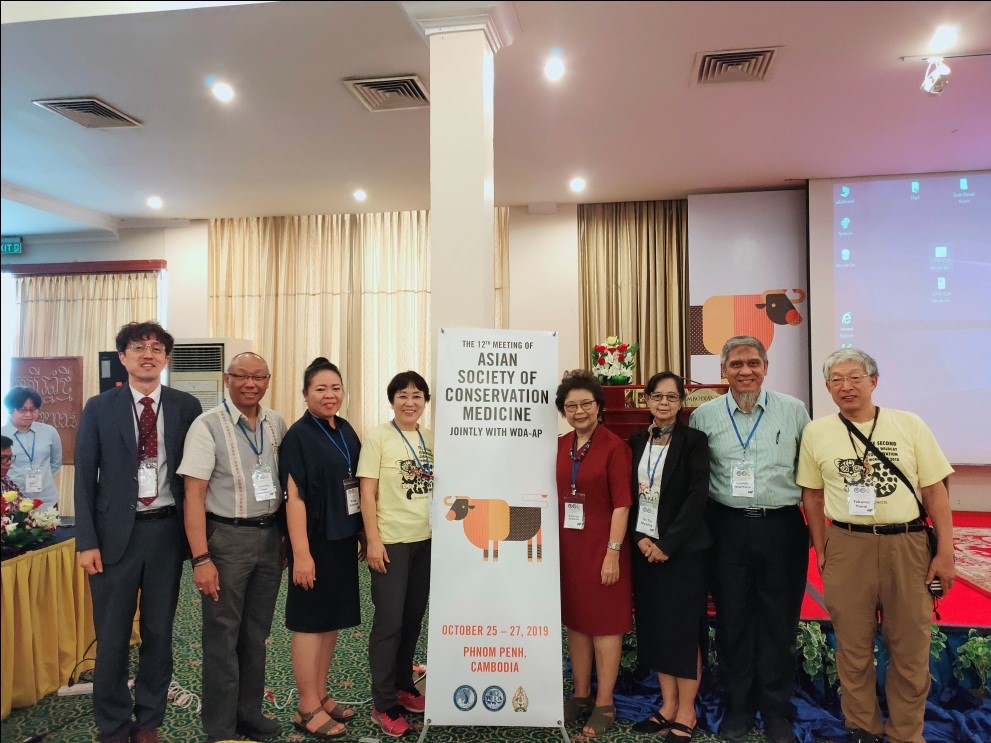 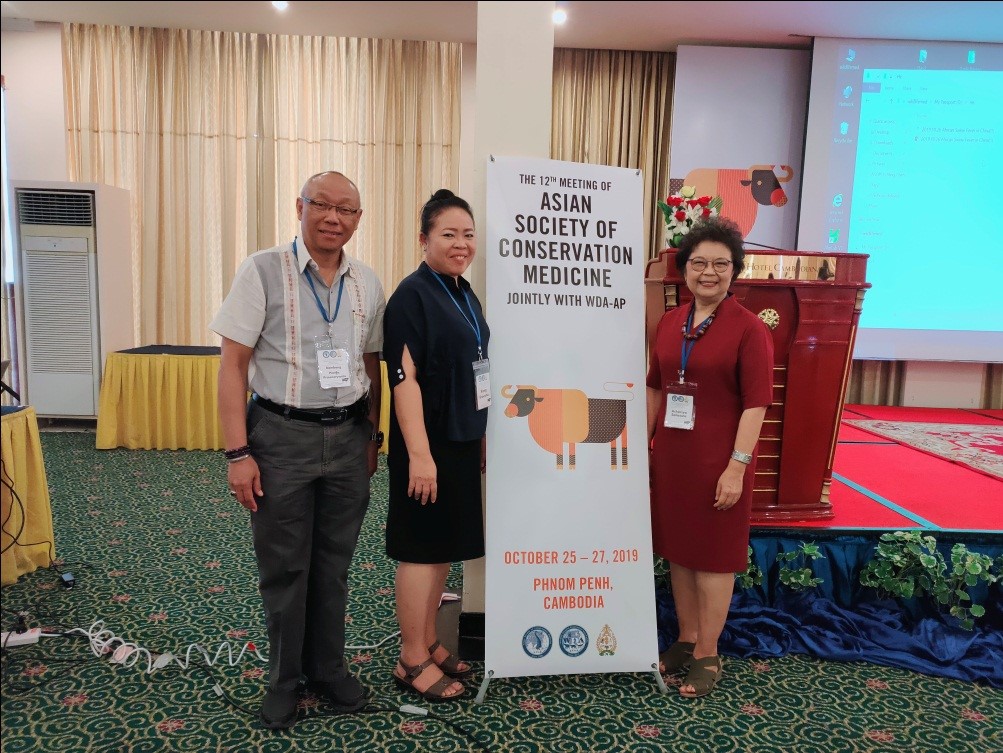 Participants of the 12th ASCM Conference 2019

The 41st FAVA Council Meeting was held on October 16th , 2019 at Henann Prime Beach Resort Hotel, Boracay hosted by the Philippine Veterinary Medical Association, PVMA.  The meeting was attended by the FAVA Executive Committee (President, Secretary General, Treasurer and Director FAVA Office,  Bangkok), while from the member associations were representative from Japan, Korea, Taiwan, Philippines, Myanmar, Malaysia, Thailand, Nepal, Indonesia and Asian Society of Conservation Medicine (ASCM) as member affiliate. Commonwealth Veterinary Association (CVA) and Wildlife Diseases Association-Asian Pacific Section (WDA-AP) were also attended as a guest due to agenda of the signing MoU between FAVA and these two association.

The meeting was very successful with a constructive result for the development of veterinary profession in Asian continent. The meeting was started at 09:00 AM till 18:00 with a very tight schedule divided into several parts due to many issues to be discussed. The meeting was led by Dr. Bambang Pontjo Priosoeryanto FAVA Secretary-General . Before opening remark, the silent time was held in order to remember of the passing away of Dr. Topacio Tadulako of Philippines who was one of the FAVA founding father lead by Dr.Paul Chelliah the FAVA treasurer. The JVMA representative was pleased by FAVA Secretary-General to explaining about the disaster of Hagibis typhoon that hit Japan and causing the lost of their life as victim and all attendee took a silent time for a while leading by Dr. Sakai to remembering and give respect to the victims.  Opening remarks was delivered by the FAVA President Dr. Heru Setijanto and followed by the self-introductions of all participants. After the coffee break, the meeting was continued with one year (from October 2018 till October 2019) activities report agenda from :   1). FAVA President,  2). Secretary General, 3). Treasurer & Auditor and 4). Director of FAVA Office Bangkok.  Follow by the FAVA member countries reported which are keeping in progress in all the countries.

JVMA continue to run the program of Training Program for Asian Veterinarians Ⅱ
(TPFAV-Ⅱ) or Second phase II on the year of 2019 and the selection will begin in November 2019 next month, for the year of 2019 TPFAV-II will accept 16 trainees.

The 41st FAVA Council Meeting was officially closed by the FAVA President and followed by group photo of all participants. The first day meeting was ended by a dinner hosted by PVMA.